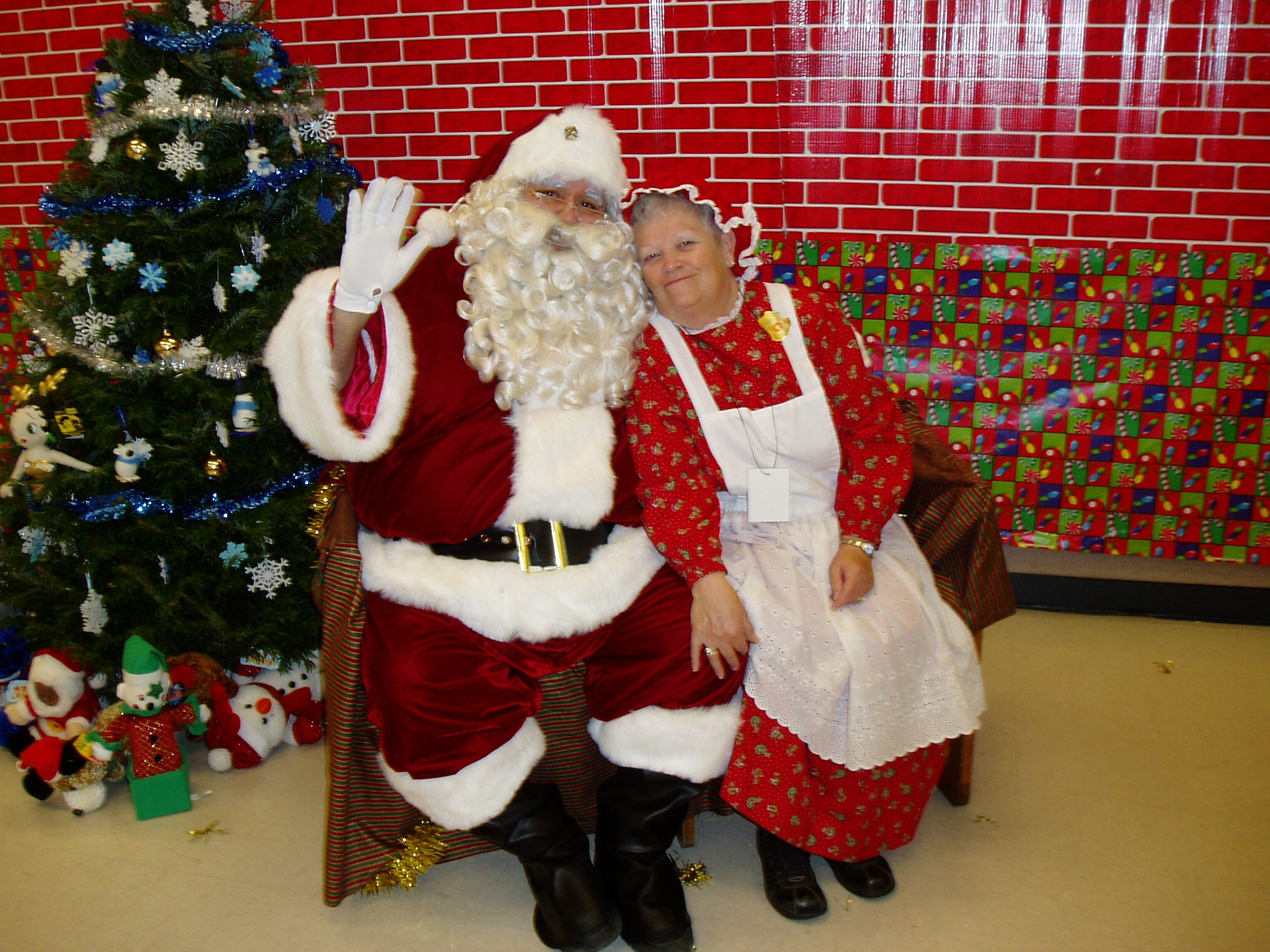 Mrs. Claus with Santa (her son Danny who is Santiago Santa II)

Judy spent her 35 year career working in Sales and Marketing in the semiconductor industry and retired from National Semiconductor in 2000. After she and her husband Joe raised their combined family of seven children they started becoming more involved in community volunteer work and soon became known as “Santa and Mrs. Claus” throughout the Santa Clara Valley.

In 1983, after the flood that covered the town of Alviso, the small Alviso Library was their first Santa appearance and from there, with the help of family, friends and many volunteers, that event has grown into what is now the non-profit “Santa Visits Alviso” Foundation. Joe passed away in 2002 but Judy, their children and their spouses, plus grandchildren and great grandchildren are still very much involved in the foundation and plan to continue on with the Santiago Legacy for many generations to come.